Nobody knows better than us crazy writers that the lows are just as necessary as the highs, but that doesn’t mean we like these darker, more tumultuous times any better. So what do we do about it? We write, duh!

Or we sit around smoking cigarettes and talking shit about other people until we feel better.

Bottom line, it’s now time to take out your old-fashioned pen and paper, or open up your newfangled Word document, and git on down to it!

10. You are like Luke Skywalker. Write three different opening paragraphs to your autobiography, trying out very different styles.

9. Write the lyrics of a catchy jingle for a plumbing service.

8. You are a superhero. What are your powers, and how do you use them? 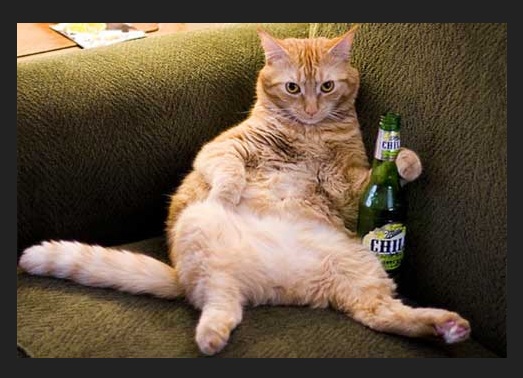 6. Drink a beer. Write about the taste. 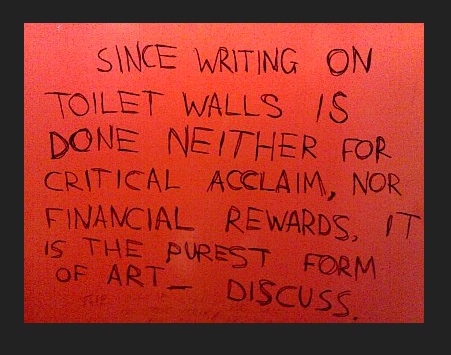 4. Create an imaginary friend (human or not).

3. Write about your life among the pirates.

2. Write a poem about a tomato.

1. Go ahead. Write about that time you peed your pants.

Happy writing, and happier times ahead!

Ever find yourself at a loss for words in an interview? If you’re a writer, this is an especially embarrassing occurrence as we are supposed to be great communicators. The following are a few tips on how to carry an organic conversation appropriate for the interview setting. As you read each suggestion, remember that the film business is all about connections, and making connections is all about being open and honest. The simplest way to go about presenting yourself in a way that will attract others, and entice them to connect with you is to learn the art of conversation. Just think “topics.” Start with where you grew up, where you went to school, what you studied, your hobbies, etc. etc. These are great icebreakers for a first conversation. If the conversation goes well, say with a producer or an agent, and they ask you more about yourself, do yourself a favor and tell an anecdote or two. As a writer you should have a few dozen anecdotes readily available in your mind’s back pocket. Here’s a list of the Top 10 Interview Anecdote Topics.

10. Tell ’em one thing that you have done or accomplished that most people haven’t. Have several accomplishments in mind, and pick the one you feel most appropriate to share based on context.

For example, if I were interviewing for a writing job geared towards women’s issues, I might take that opportunity to mention that I overcame anorexia and other eating disorders when I was a teenager. Furthermore, I’d give an example of how those experiences affected certain subject matter found in my writing. It may sound too personal for an interview, but trust me, it’s better to come off as flawed but interesting, than perfect but boring.

9. Tell ’em something about yourself that might surprise them (in a good way). 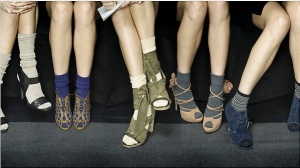 For example, I might segue away from eating disorders into a lighter topic by telling a joke in the guise of a little secret. “Shhh, don’t tell anyone,  but, I wear socks with sandals!” I don’t actually do that, and in all likelihood  I’d end up revealing that I’m a huge Trekkie just because I seem to always find a way to relate whatever I’m talking about to Start Trek. No lie.

8. Tell ’em the story about how you got into writing in the first place. 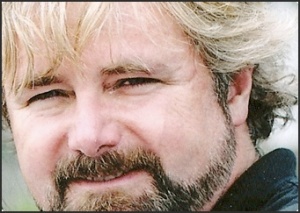 In my case, I would tell them about the life changing thought I had upon completion of my very first screenplay, which was, “I could do this every day for the rest of my life.” It was revolutionary. And it stuck. Luckily, I had a brilliant mentor, Fred Strype (pictured above), who guided me toward finding my voice, as well as helping me hone my art and my craft. I still hear him standing over my shoulder as I stare off into space, my mind a blank canvass. He says, “Cut the shit and do the thing!” and I jump into action.

7. Tell ’em one thing you’ll bring to the table that other cannot or will not.

You’re probably looking at this photo thinking, “what anecdote could Holly be about to tell?” It’s this: brand yourself! Okay, that’s not a story, but it’s a good image to start with. Let’s break it down. First of all, I’m a smart, ambitious, and talented woman. But I’m also really nice, a bit kooky, but most importantly, very nurturing (see the little panda baby? I like panda babies). It’s good to use descriptive words, but even better to paint a picture of how you are to work with (what you like, dislike, experience you’ve had in the past, hopes and dreams for your future, and what you consider the ideal work scenario to be). If you can give specific examples of times when you have displayed those qualities, now is the time to speak up about it.

6. Tell ’em what the most satisfying compliment you ever received was.

Now is a great time to direct the conversation back to how great you are as a person in general (like questions 1 and 2), but with a greater emphasis on your humility. How can a a compliment that someone else gave you show humility? Well, do you think Ayn Rand (whom I’m actually kind of a fan of) cared about compliments? No, and the point is that you’re showing that you value the opinions of others. What was the best compliment I ever got? It was when the most brilliant, talented and ambitious person that I know called and asked for my advice. Priceless.

5. Tell ’em one specific passion that drives you.

Chipping away at what’s between me and the Truth. ‘Nuff said.

4. Tell ’em one way in which you distinguish yourself in the marketplace.

You all know how much I love Jennifer Lawrence, and this is in part because she knows what she’s doing when it comes to positioning herself in the marketplace as a serious actress looking for longevity of career. Think of ways in which you are going to brand yourself. Remember to walk and talk the part.

3. Tell ’em about your experience – slash – credibility; what you’ve done and with whom. 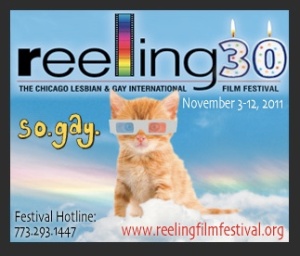 If the conversation has gone on this long, you’re more than likely at the level of intimacy where you can name drop without coming off like a total twat. But still – proceed with caution, and do not try to ride on another person’s fame or glory. As always you should stick to things you are proud of and really worked hard for. This shows potential financiers that you, well, work hard, but also that you’ve been paying your dues. They like to see that in the biz. In my case, I interned 40 hours a week at Reeling: Chicago’s 30th Lesbian & Gay International Film Festival last summer. There I worked with Brenda Webb, a truly delightful woman who I would love to have the opportunity to work with again, as well as the other staff at Chicago Filmmakers. What I mainly did was curate the short film program, which was basically the best job ever. Watch movies all day, pick the best ones, color-coordinate my notes, and group like things together? Love it.  (Notice here that I stay positive throughout the conversation and NEVER EVER say anything negative about anyone else. EVER.)

2. Tell ’em how you think someone who really admired you would introduce you to a stranger at a networking event. 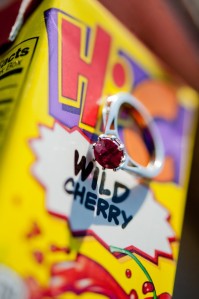 Remember that this is you as a writer, not as a person, but try to use descriptive words that apply to the “you” in both senses. If you’re unsure of how people admire think of you, try asking said people, or pulling from letters of recommendation. In the case of moi, it has been said I am “fearless,” have a “distinctive writer’s voice” and that my “ability at presenting the details of life while characterizing the broader themes of the human condition reminds one of that ability in the writing of F.S. Fitzgerald.” Nice. It had also been said, by an entirely different person, that my writing “seems at first to fluctuate between the wacky and the excruciatingly lowbrow…” – just wait, it gets better – but “…her excruciatingly lowbrow is always artfully commenting on how the ordinary can have such a powerful over us.” Ergo, I’m like sugar water that tastes like red, and a vintage ruby engagement ring coexisting interestingly together. Or something.

1. Tell ’em who you’re going to thank most of all when you win your first Oscar.

Yous guys will def get a shout out, but ain’t no’ne getten more’n Mom. (Oh what? You didn’t know I’m from Jersey? Cape May, hun.)

There’s no denying it. If you get through all these topic points and you’ve still got their interest, you’re probably a shoo-in. If I were you, I would copy these prompts and jot down a sentence or two for each one, or key words and phrases to help you come up with and remember your anecdotes, or “talking points” as we like to say in the parlance of our times.