I’ve often been caught sitting in my pj’s in the middle of the day, eating a ball of port wine cheddar (sans crackers) while in the midst of a movie marathon.

That's me in my pj's watching TV. ...Riiiiight.

No, it doesn’t look like I’m doing much, but I’m actually writing. How can that be, you ask? Well, every time I watch a film I am actively watching it, analyzing it, critiquing it, figuring out what works, what doesn’t work, and how and why certain screenwriting and cinematic storytelling techniques should succeed or fail. As I do this in regards to what’s on the screen, I am also actively thinking about how my work stands up to these questions. Usually there are holes in what I know about a project I’m working on, as most stories do not come to the writer fully fleshed out and in 100% perfect condition. It is the writer’s job to sit and think about their stories! This should be common sense, but I often find new writers skipping over this fundamental part of the writing process. This might be because they don’t yet know what questions they should be asking about their work. I suggest watching and analyzing tons of the great films that there are out there, and for every one of them, ask yourselves these questions. Once you get into the swing of analyzing and critiquing the work of others, you’ll have the tools necessary to broach your writing projects with a finely tuned “kino” eye.

The Ins & Outs of Screenplay Analysis 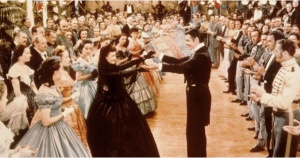 Screenplay analysis is like those confusing social dances of the Victorian era; it may take you a while to learn the steps but once you do you'll get a husband. Er...

ANY MOVIE EVER MADE.

I'm a visual writer and teacher currently getting my MFA in Writing for the Screen & Stage at Northwestern University. Sarah Lawrence undergrad. Writer for movies, TV, theater, and literature.

3 thoughts on “How to Watch a Movie & Write at the Same Time!”